Is there a wrong way and a right way to travel in Iceland?

Is there a wrong way and a right way to travel in Iceland?

A new article in Bloomberg suggests so. 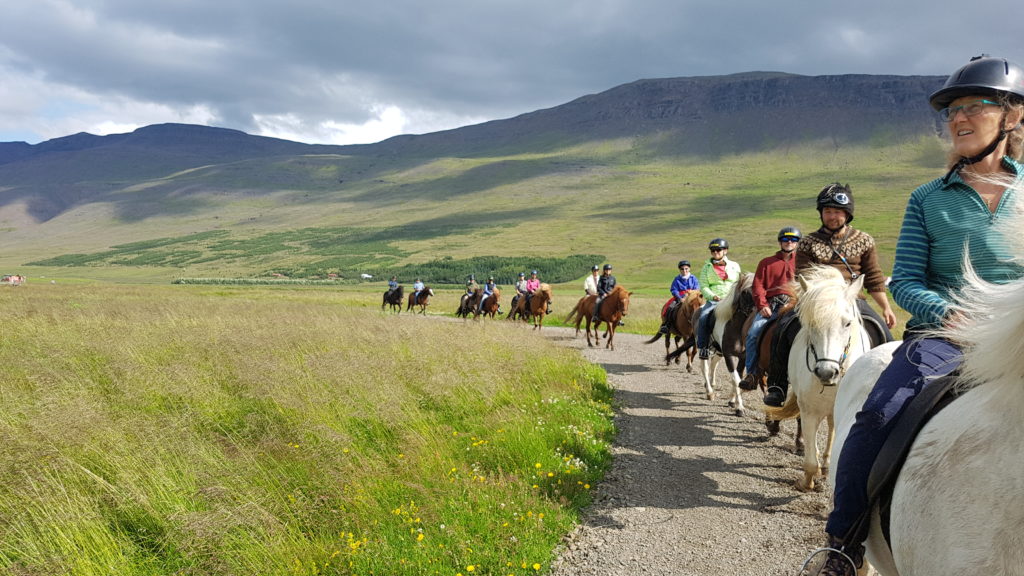 Horse back riding in North Iceland

Bloombergs article suggests that by following everything Instagram shows you, stopping at the famous “selfie stops”, you are not seeing the true Iceland.

Since 2012 tourism has boomed in Iceland. There might be 3 reasons for this, firstly the notorious volcano eruption in Eyjafjallajökull (try saying that 3 times fast!) put Iceland in the the spotlight for days. The volcanic island in the middle of the Atlandic ocean got every headline and the first news spot for many days in a row. Not even Trump could pull that off! The flight delay put a lot of frustration on thousands of unlucky travelers , but could not blame anyone except mother nature. As the ash cloud covered Europe, making it impossible to travel by airplanes, Icelanders funnily could travel around the ash cloud to the US, after all the ash was all blowing southward over Europe.

After getting all this attention, negative or not, Iceland became an option for travel. For the first time in decades, the Icelandic currency “króna” was favorable for foreign visitors. People may have wanted to visit this strange little island, but were unable to because every was so expensive! But after the financial crisis the icelandic króna got weak, and that meant the other currencies were stronger, making it cheap for people to visit Iceland. At the same time, social media came along as a free advertisement. All of a sudden people were seeing beautiful pictures of spectacular nature on their news feeds on Facebook, Instagram, Twitter, Watsapp, and whats-its-name! And everyone wanted to go! I mean who did not want to travel to Iceland, where they could drive from one volcano to the next waterfall in a matter of minutes, seeing northern lights or the midnight sun (depending on the time of year), eating delicious food and meeting friendly locals, and not spending all that much money! Then WOW came along and shoveled people to Iceland for the price of a meal! Who wouldn’t take that opportunity?

But this meant that things started to get a bit crowded, and in 2017 Iceland saw the largest numbers of tourists ever, almost 2 million people! WIth Icelanders only being around 340.000 people, this means we get 7 tourists for every local.

Don’t dance on the moss in the canyon!!

With the strong Instagram feed, selfie spots and the constant sharing and liking, some spots have become more popular than others. Justin Bieber ran along the rigdes of Fjaðrárgljúfur canyon in his music video “I’ll show you”, that now has over 440 million views. His fans wanted to do the same run, and possibly tape it and post it on Instagram making it even more interesting,. This lead to the distruction of the fragile vegetation and the closing of the canyon, at least for the time being. Many of the stops along the Golden Circle; (Gullfoss waterfall, Geysir hotspring area and Þingvellir national park) and the South coast, (Seljalandsfoss waterfall, Skogarfoss waterfall and the Black sand beach) are crowded with people, at least during office hours. In the evenings, there is hardly anyone there! 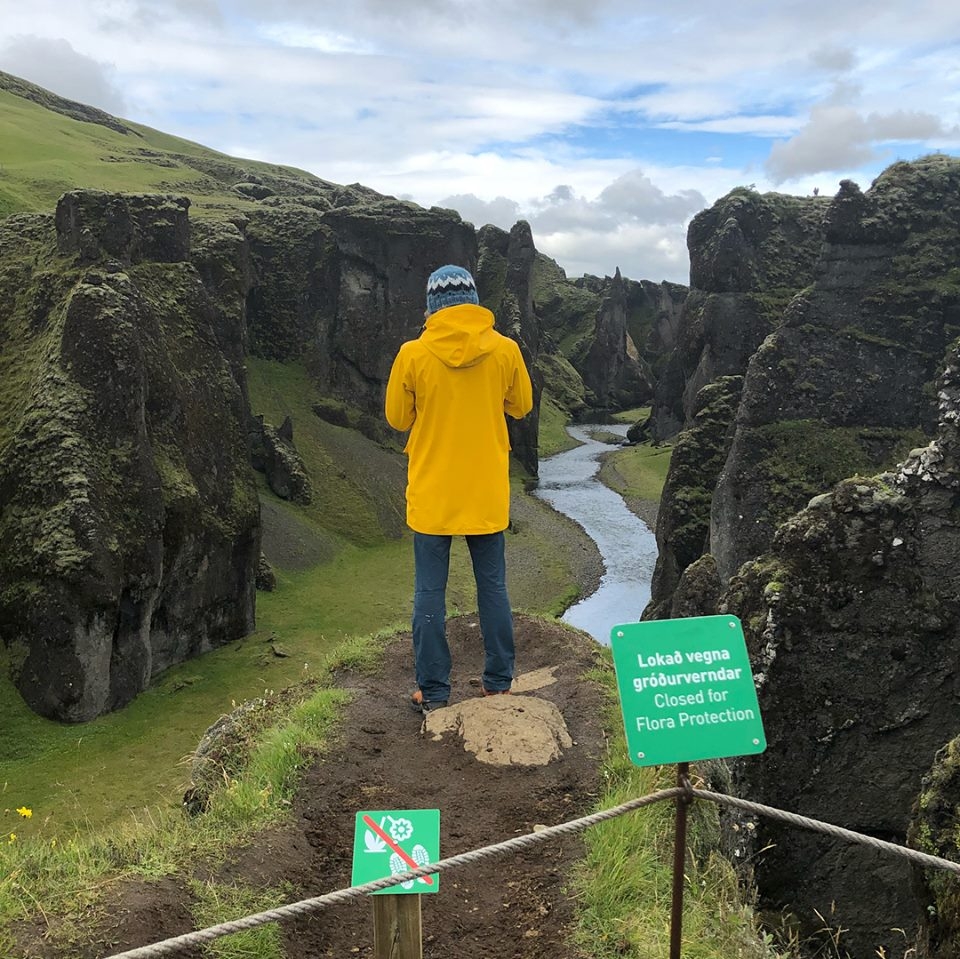 The Bieber effect in Fjaðrárgljúfur canyon

So, I get it, the wrong way to travel Iceland is to follow the footsteps of the Instagrammer and Selfie maker, but what else is there to see?

I tell you, there is so much more!

Brandon Presser the author of the Bloomberg article suggests several things. For one, visit the locals on the Golden circle. Instead of rushing from one one popular place to the next, take a few days to really tour the area, stopping by the small places and soaking in the athmosphere. There are so many other things to see in this area, a number of waterfalls, natural pools and spas, local restaurants, small gardens, greenhouses and artist that welcome guests for a visit.

Another thing is to support small businesses all over Iceland. When the tourism boom started, many people were ready to shift carriers in order to provide interesting activites, sights, museums, nice guesthouses, good restaurants, safe tours for the tourists. These can be found all over Iceland. Handpicked by locals is a website where you can find where to eat, sleep, shop, play, culture and find something for the kids in Iceland, as they were recommended by a local.

Instead of taking daytrips out of Reykjavík, go to the site and stay there. Staying in South Iceland for 3 days is much more efficient than driving back and forth to the city. You will be able to see much more at a slower and more relaxed pace. Who wants to rush though the glacier lagoon or the diamond beach? In such magical places you need to just……be! 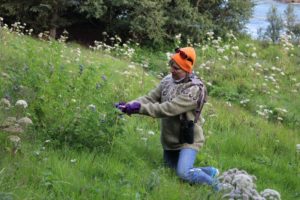 Enjoying the little things while in Iceland

Food in Iceland is goooood! That is why half of us is overweight! The goodness comes from the good quality raw material; fish, meat, dairy, vegetables and water. We pride ourselves in being the best in the world, when it comes to…..well, almost everything! We have the cleanes air, the best icecream, the best (liquorice infused) chocolate, and even the best coca cola…..well, yes, because the water is so good! So enjoy this good food, and you can find it all around Iceland, small locally owned restaurants are just there, ready to feed you! And, I’ll let you into little secret…..they are cheaper in the country side than they are in Reykjavík city.

Enjoying tomato soup inside a greenhouse at Friðheimar tomato farm.

We do have roads in Iceland, but we also have domestic airports, so to safe time, you can fly from Reykjavík straight to Akureyri, Ísafjörður or Egilstaðir. By flying you can enjoy everything these places have to offer instead of using a whole day to get there.

Everyone does the South Coast, but how about West Iceland! The Westfjords are the favorite of many Icelanders and frankly, many of them don’t want you to know how amazing they are! They want to keep them to themselves. By visiting the Westfjords you are getting an overload of spectacular nature and this special kind of energy that can not be described. The Westfjords have everything, amazing nature scenes, cultural sights, local food, diverse activity opportunities, interesting museums, history at every turn, they have everything …… except tourists!

Resting at Látrabjarg cliffs, the home of the puffin, in the Westfjords.

Many people have realized that most of the tourists visit in June, July and August, and are opting for visiting Iceland in April, May or September. But the fact is that many people have decided to do this, and these months are starting to be crowded too. Bloomberg recommends for tourists to visit the countryin November, but October and March are also good months to visit. That is when the light is amazing! If you are interested in photography you don’t need to wait long for the “golden hour”, as it is almost constant during those weeks of the light changing to almost constant brightness of the summer months to almost constant darkness during the winter months. During the evenings you can scout for northern lights!

The northern lights dancing around the night sky in Icelands winter.

So yes, there is a right way and a wrong way to visit Iceland, and now you know.

How sustainable is South Iceland?

Students from Understand Iceland have been using South Iceland as a classroom in sustainable studies. But how sustainable is South Iceland really? Iceland is known to be one of the greenest countries in the world. With its abundant renewable energy soucres 100% of the...

END_OF_DOCUMENT_TOKEN_TO_BE_REPLACED 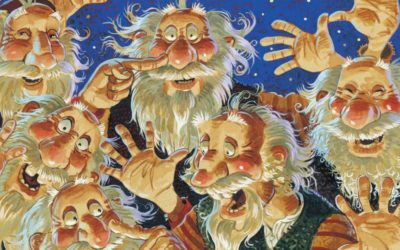 The Icelandic Yule Lads and family

In Iceland we have a very disfunctional Christmas family living in the moutains. Who are the Icelandic Yule Lads, why is their mother so evil and what is the deal with the Christmas cat? In Iceland there is no Santa Claus, instead we have 13 mischievous, half trolls...

END_OF_DOCUMENT_TOKEN_TO_BE_REPLACED 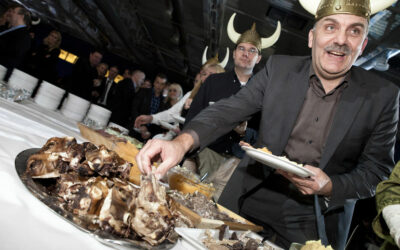 Bóndadagur - The day of the husband is coming up. It marks the beginning of the Þorri month, the old traditional viking month for January-February.  Bóndadagur is always on the friday of the 13th week of the winter, so in year 2020 it is on 24th of January.  It means...